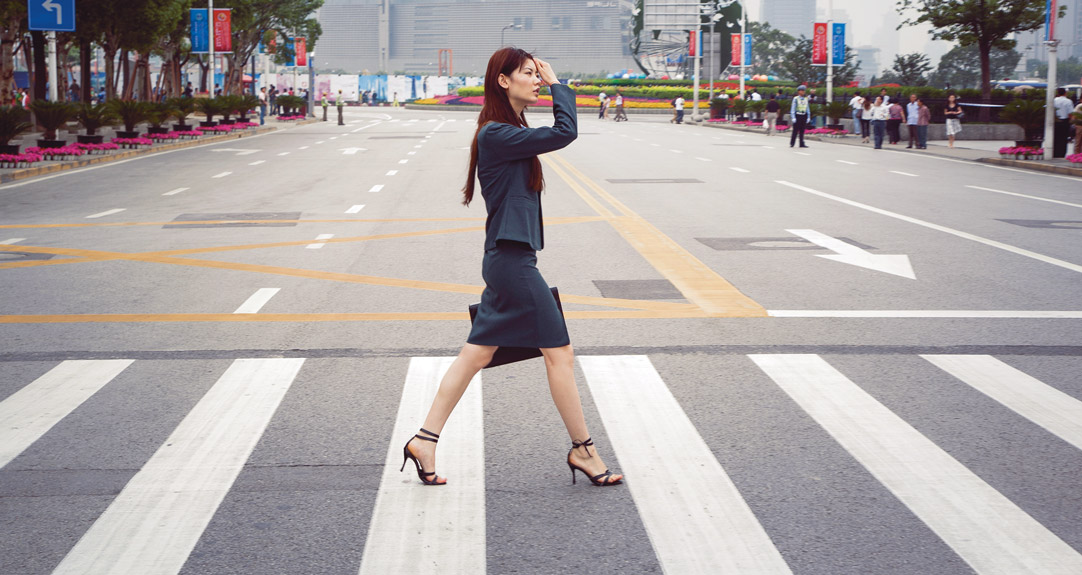 When it comes to actuaries and banking, the United Kingdom lags behind South Africa and Australia, whose professional bodies are seeking employment opportunities for their members in wider fields like banking.

In the United Kingdom, there has always been a trickle of actuaries crossing into investment banking, where they use their skills and knowledge to find roles. By contrast, few actuaries have worked in the traditional areas of commercial and retail banking.

Despite the importance of banks and the large pool of jobs available, the U.K. actuarial profession has not developed a strategy to help actuaries move into banking. This seems reasonable, since the traditional banks have not experienced a “road to Damascus” moment—where they comprehend how actuaries could help them make better, more joined-up, longer-term decisions. This creates a chicken-and-egg situation. Without any clear demand for actuaries in banking, the wider profession has not invested in equipping actuaries to make their own journeys.

The main link between U.K. actuaries and banking has been through a voluntary Banking Member’s Interest Group (MIG), which sits under the investment and risk board. The MIG has been active periodically over a 20-year period, and it has produced an interesting range of papers. However, it has not managed to create the critical mass required to sustain activity, let alone create a new and wider field area for banking, as general insurance achieved in the 1970s.

As the current chair of the MIG, I am fortunate to be able to draw on the experiences of its founder, Iain Allan, who recruited me into the banking field. Our combined experiences have determined our proposed approach to educate and encourage actuaries to pursue a career in banking. We are basing our approach on four premises.

Our starting premise is opportunities for actuaries in banking will continue to grow as change sweeps the traditional providers. Traditional banking models are under threat everywhere. Data is being transformed by adaptive learning and driven forward by new technologies, such as self-driving cars. Regulators are moving away from “tick box” compliance to judgment-based decisions and improved risk management and planning through more demanding and realistic stress tests. New entrants no longer will be excluded by a lack of data, thanks to proposed initiatives such as open APIs, 1 which will facilitate aggregation of personal financial management across financial providers. The old banking skills needed to manage the practical complexity of a branch network will reduce as banking moves away from the high street. However, operational complexity will continue to differentiate banking and insurance, especially as long as cash continues to be used in the economy. I estimate that the 2.8 billion ATM withdrawals a year in the United Kingdom dispense notes with a weight equivalent to 15,000 Mini Coopers. This represents a stack of £20 notes that is 1,200 km long—a greater distance than the length of the United Kingdom. Managing this volume of cash and other transactions is a costly and complex business operationally.

Our second premise is that the entry of actuaries into banking will be a long-term process. It will take time to build a critical mass of actuaries working in banking who will then value the skills of other actuaries. These “pioneers” are necessary to open the door to others. Thus, the MIG’s educational focus is to help these intrepid pioneers make the journey into banking. We also hope that relevant continuing professional development (CPD) might attract the interest of banking actuaries who have “gone astray.”

Our third premise is that actuaries who have made this journey into banking are well positioned to help educate other actuaries. Only actuaries know how to leverage the traditional knowledge and skills actuaries already know. Banking actuaries can highlight the remarkable overlap between core banking concepts and core insurance concepts. Banking is not, and should not be thought of as a completely separate field. Many actuaries already know enough to be successful in a bank. They just don’t know how to explain this to management.

My final premise is that the U.K. actuarial profession is standing on a weakening platform. I believe traditional jobs will become increasingly scarce, as defined benefits pension schemes decline and life offices continue to merge and focus on simpler investment products. This will create a demand for new sources of actuarial jobs during the next 10 to 20 years. The MIG is looking to banking as a solution in the longer-term, rather than today.

Preparing for the Long Term

Given there is little immediate demand to train actuaries in banking from either the actuarial profession or the U.K. banks—but rather a long-term opportunity exists for both—the MIG is looking for some easy educational “wins” in 2017. Our proposal is to create a coherent block of online CPD that will be accessible and immediately useful to actuaries interested in working in banking. Our aim is to be realistic about what can be achieved.

In an ideal world, there would be three sets of materials. One set of materials would focus on stories of how actuaries have already made the journey into banking. How did they find a role? What concepts did they rely on? What challenges did they face?

Another set of materials would explain the key concepts of banking. What do banks do for customers? What are the key risks facing a bank, and how do banks manage them?

These first two sets of materials, developed by actuaries for actuaries, would focus on how to re-use existing knowledge and concepts rather than learning banking from scratch. For example, underwriting for life and general insurance is very similar to credit risk scoring for bank lending. Both approaches use past data to estimate the risk of future losses. Both approaches separate the loss calculation into frequency and severity calculations.

In banking, the probability of default is analogous to claims frequency in insurance. The banks split the calculation of claim severity into two parts. They first estimate the exposure at default (how much the bank is on the hook for, which matters for lines of credit, such as a credit card, when someone who has not borrowed may borrow £5,000 when he or she loses his or her job) and the loss given default (how much of this exposure the bank will not get back).

Knowing how to translate technical ideas from insurance to banking is not enough. Actuaries interested in a career in banking need to understand how banks are organized.”

Even the general insurance concepts of nonhomogeneity and selection of risk carry over to banking. The probability of default is influenced by the rate the bank charges when it offers a customer a loan. These are all familiar concepts for most actuaries. What are necessary are context and a bank jargon buster (there is a joke that banks need a “TAM,” a three-letter acronym manager).

The same type of analogy is true of capital management. There are significant overlaps between Basel III and Solvency II. In addition, the role of bank capital is best understood using the concept of probability of ruin, which I learned from general insurance. Even the most bank-centric activities in the Treasury Department overlap strongly with insurance ideas for asset-liability management.

The banking examples will describe work actuaries have successfully done in a bank. My own experience, for example, covers the development of net present value (NPV) pricing models for loans, mortgages and credit cards. However, we should not take our skills for granted. It is interesting that Jamie Dimon, the CEO of JP Morgan Chase, observed that no one could really claim to be a banker unless they understand credit cards. Actuaries who have been involved in life insurance or general pricing can pick this up pretty quickly.

I also have been involved in the development of customer value (economic value) metrics across retail, business and private banks. This type of model requires an understanding of how to calculate and allocate income (including treasury), costs, losses and capital at an account level. This is a natural approach for actuaries who have been exposed to model office concepts and understand the need to separate different tranches of business. It is harder for bankers who have been trained to think of a bank in terms of a total balance sheet.

In addition, our intention is to create a pool of material that acts as a dictionary to translate banking jargon into the equivalent insurance concept. The approach should help those actuaries adventurous enough to make the leap into banking.

However, knowing how to translate technical ideas from insurance to banking is not enough. Actuaries interested in a career in banking need to understand how banks are organized.

Banks are organized in vertical silos. For example, they have specialists in credit risk, treasury, finance and product management. These experts are generally taught on the job. This structure and approach make it hard for a credit expert to move into other areas of the bank, such as treasury. As a result, people in these silos often find it difficult to communicate effectively across boundaries. This is made harder by the way silos are normally tasked with their own, often mutually-exclusive, targets. For example, credit risk may set a target to minimize losses, while products and finance may be tasked to maximize income. This creates an immediate conflict, as maximizing income could be done by writing riskier loans and mortgages.

THERE IS A NEED TO REACH OUT TO OTHER ACTUARIAL BODIES TO TRY AND SHARE THE LIMITED KNOWLEDGE THAT EXISTS IN BANKING. WE NEED TO POOL OUR LIMITED RESOURCES IN A MANNER THAT MAKES IT POSSIBLE TO CREATE A NEW AREA OF ACTIVITY.

This is where actuaries offer a unique skill. Our training allows us to communicate across silos. This bridging across profit and loss (P&L) lines is often left to the CEO and finance director, meaning the natural supporters of actuaries in banking are at a relatively senior level. Actuaries may face problems when they work at levels lower than this. If actuaries sit within a silo, their natural desire to optimize a solution (e.g., trade off credit risk and income) might be seen as making life more difficult. This can make it hard to “get into a bank.” However, since I joined the bank, I have had the opportunity to set up different teams that continue to recruit actuaries whose value is recognized by the business. Of six actuaries brought in, two have moved into product roles, and this is the sort of organic growth that the MIG wishes to support with its simple approach to education.

The MIG hopes its approach to CPD might help open the door to actuaries in bancassurance to try and cross over into banking, or it may help actuaries in consultancies to team up with their banking colleagues to pitch for business. It might also encourage some actuaries to head into banking on their own. It’s a modest aim, but one that might be achievable.

While this is the focus for 2017, there is a need to reach out to other actuarial bodies to try and share the limited knowledge that exists in banking. The hope is that initiatives, such as this issue of The Actuary, will make this possible. What is needed is a pooling of limited resources in a manner that makes it possible to create a new area of activity.

The U.K. MIG will also look to tie in with existing banking bodies, such as the Chartered Institute of Bankers (CIOB), which already has developed a range of education materials for banking. The minimum engagement would be to make actuaries aware of CIOB’s affiliate membership, which allows access to Chartered Banker magazine. Beyond this, we would look to share ideas on CPD and see if the actuarial profession’s code of professional standards might be helpful in the banking arena.

John Young, FFA, Ph.D., MSc, MA, has worked in strategy, pricing and customer value roles in Scottish Life and RBS. He is based in Edinburgh, Scotland.